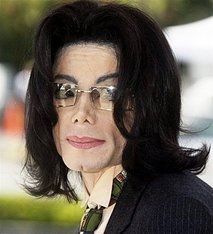 Michael Jackson sued an auction house Wednesday to halt the scheduled sale of thousands of his personal possessions, an action the firm says caught it completely off-guard… WTF?

The King of Pop's company, MJJ Productions, filed a lawsuit in Los Angeles Superior Court on Wednesday against Julien's Auction House. It claims founder Darren Julien promised to send Jackson an inventory of sale items, but that the singer hasn't given permission to move them all.

The suit claims many of the items are “priceless and irreplaceable” and describes the attempt to sell them as “malicious, fraudulent, extreme, outrageous and without any legal justification whatsoever.” Imagine That!!!

Julien said Wednesday night that the lawsuit was a “total surprise to us, because Jackson had been apprised of everything since the day we started. His manager … has approved everything.”

I think it's safe to say Mike is mildly retarded… for real, but on a lighter note, Jackson visits his fans over in London and announces his final stage performances quoting several times: “This Is It, I Mean It… This Is Really It“