President Barack Obama and First Lady Michelle Obama are currently on tour in Asia and stopped by to visit one of the world's largest Istiqlal Mosque in Jakarta, Indonesia. 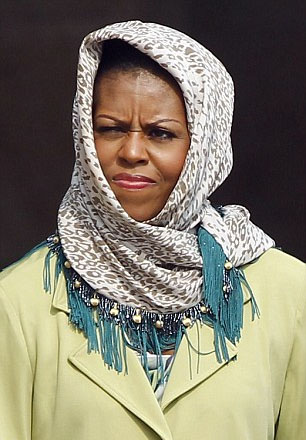 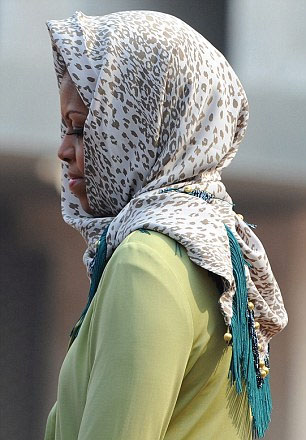 And despite all the rumors of President Obama being a Muslim, the two removed their shoes and Michelle covered her head with a most stylish leopard-print scarf out of respect for the culture. 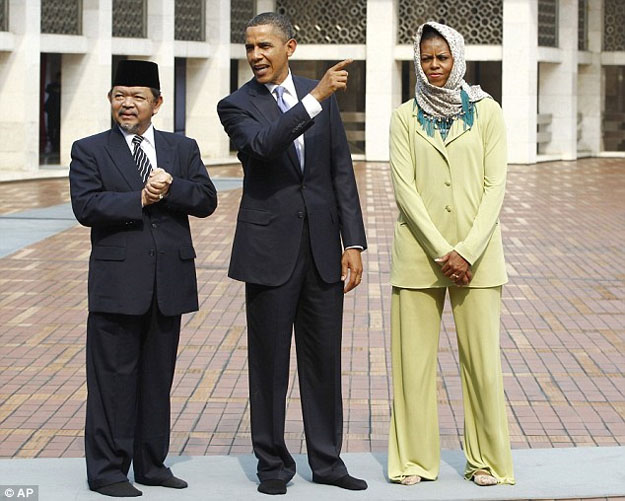 President Obama had been expected to visit another major religious site during his Asian tour, the Sikh Golden Temple in India, but media reports said the visit was canceled after aides balked at the idea of the president wearing a scarf or skullcap required at the site.

Barack Obama is a Christian but faces persistent sniping among some members of the US public that he is a Muslim and, the reports said, aides feared pictures of him wearing such headgear could fuel such rumors.