Forget about the racist image of The First Lady, Michelle Obama that’s supposedly topping the Google search engine, I wanna see the one with her wearing a pair of thigh high boots!

Rumor has it that Michelle Obama has purchased herself a pair of thigh high, flat back boots from French designer Robert Clergerie. According to Mr. Clergerie, not only has she ordered thigh high’s, but she also ordered a pair of calf-length boots in beige bucksin. Imagine That.

Robert Clergerie said the first lady’s order had been sent in by a retailer in her hometown Chicago after Mrs. Obama could not find the exact style she wanted. One of the pairs was modified slightly from the catalogue model at her request, he said.

While I can’t say that the following pairs are the one’s that Mrs. Obama ordered, but after visiting Robert Clergerie’s website, they are my top picks. 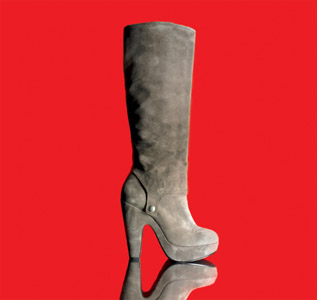