Baby Elizabeth, now 3 weeks old, was just 11 days when the devastating earthquake hit Haiti on January 12, 2010. It was only moments after she was well fed by her mother, and laid down to sleep, when her house fell to the ground. Her mother tried desperately to get to her, but was unsuccessful due to the conditions of the home in the aftermath.

Fearing the worse, the family grieved thinking there was no way the baby could have survived. Then on the 7th day, Baby Elizabeth was found alive. YES. It was a full seven days later when a French rescue team returned to the ruins to search for the baby's body and heard faint cries. After pulling her from the small crack where she lay on the bed she was placed on before the quake, she was announced to be completely healthy suffering from only minor scratches. 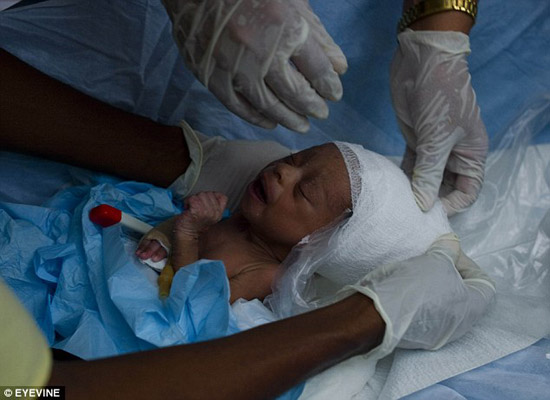 Now, THAT's the story of a miracle. It's noted that so far, more than 100 people have been found alive in the rubble.
[mashshare]
Comments
Facebook 3.6KFans
Twitter 0Followers
Youtube 1.5KSubscriber
Menu Title