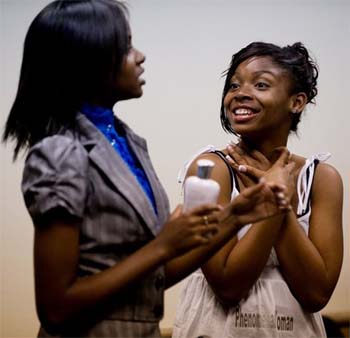 Thirty-eight years ago, Velma Stokley-Flournoy decided if mainstream America wasn't going to recognize black beauty, then African Americans needed contests where brown skin, full lips and round hips were appreciated. So in 1970, she created the Miss Black Sacramento pageant. “I saw a pageant on television and there weren't any blacks involved,” she said. — sacbee.com

Many people question weather or not in the Obama era if an all black or ethnic beauty competition is really necessary. Ward Connerly, one of the country's leading opponents of affirmative action, feels that they should just get rid of them and get on with it. “Races and ethnic groups should strive to be part of the American melting pot, not celebrate a sideline existence,” he said.

I strongly agree that people shouldn't over-interpret the election of President Barack Obama. The world hasn't changed because we have a black president, and as disappointing as it may be — racism still exists and equal opportunities for minorities are still ultimately non-existent.

What are your thoughts?