Miss England '09 Arrested for Allegedly Fighting Over a Man 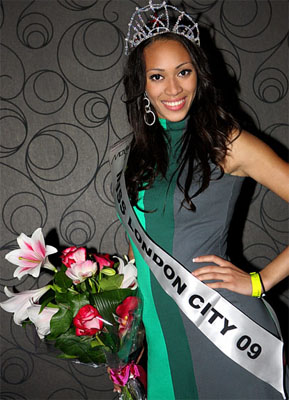 Here's a case where the woman let the man bring her down, alllll the way down from holding the royal crown of beauty and title of Miss England, to being fitted for an ugly orange suit.

Trouble flared between the two women after they argued over the 15-stone former Royal Marine, believed to be an ex-boyfriend of the Miss Manchester winner.

Miss Manchester then wrote on her Twitter page on Monday morning: “Bad time last night, assaulted in a nightclub.”

“It is believed that, earlier that night, a 24-year-old woman got into an altercation with another woman in the club and was hit in the face several times.

“The victim was taken to Hope Hospital where she received treatment for superficial facial injuries. She has now been discharged.

“A 21-year-old woman attended a city centre police station on Monday 2 November 2009 and was arrested on suspicion of assault.

“She has been released on bail pending further inquiries until January 2010.”

In regards to this issue, a statement on the Miss England website issued today November 5, 2009 reads:

Due to the media attention following the allegations against her, Rachel Christie has now decided to withdraw from the Miss World competition and relinquish her Miss England crown.

Rachel will concentrate on clearing her name and focus on training for the 2012 Olympics until this case is resolved.

Rachel is very upset about the matter and the Miss England organiser Angie Beasley and Miss World Chairman Julia Morley will support Rachel and are behind Rachel with her Olympic training.