Monitoring the Economy thru Cheating and Prostitution 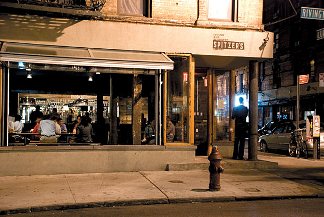 The state of the economy is definitely not a game, but discovering a couple ways some people are determining the outcome of it makes it feel like one. A very interesting one at that. One that I would bet more people than we think are actually playing. (think Eliot Spitzer and the whole banking industry)

Bloomberg asks the question: When the economy starts to lift itself out of this recession, what will be the leading indicators that tells us we have turned the corner?

Analyzed from a website with more than 300,000 members that allows married people who are planning to play a few matches away from home to meet up with each other apparently indicates that they have more on their minds than just the work expenses of politicians and the threat of unemployment.

The Web site crunched its traffic and membership numbers and found that there was a big increase in both when there was a turning point in the FTSE-100 index, which measures the leading companies listed in London. When the market collapses, people plot affairs. And when the bulls rage, the same thing happens. When it is trading sideways, they stick with their partners. 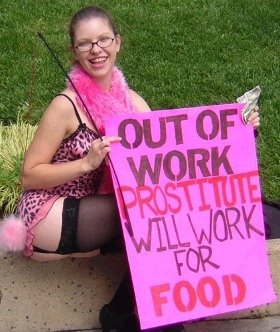 “It has to do with people’s confidence levels,” says Rosie Freeman-Jones, a spokeswoman for the site. “When the markets are up, they think they can have an affair because they feel they can get away with anything. When the market hits the bottom, they are looking for a way to relieve the pressure.”

John Hempton, who runs the financial blog Bronte Capital, has monitored the health of the Baltic economies based on the price of Latvian sex workers — currently about 30 lati ($60) for the standard service.

“The contractual terms of prostitution are short (an hour, a night) and entry to the industry is unconstrained,” he says. “That means that the prices are very flexible.”

True enough. His argument is that since the prices have collapsed by about two-thirds in a year, Latvia and the other Baltic states are still in big trouble with deflation lurking.

This benchmark may well be a valid way to get a snapshot of the economy. If prostitution was legal in all countries, it would probably make a good index for central banks to track. There could be few better ways of checking when we will flip from inflation to deflation and vice versa.