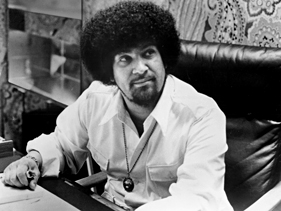 LOS ANGELES (Reuters) – Motown producer and songwriter Norman Whitfield, who helped create some of the legendary label's most important anthems, including Marvin Gaye's “I Heard It Through the Grapevine” and the Temptations' “Papa Was a Rollin' Stone,” has died in Los Angeles, a spokesman said on Wednesday.

The hitmaker died at Cedars-Sinai Medical Center on Tuesday, said Motown Alumni Assn. spokesman Ron Brewington. He was 65. The cause of death was not immediately known, but Brewington said Whitfield suffered from diabetes and several other ailments.

Whitfield was one of the most successful producers at Motown, the Detroit label where acts such as the Supremes, Stevie Wonder, and the Four Tops — along with Gaye and the Temptations — changed the face of popular culture.

But while Motown's pop sound was palatable to mainstream ears, Whitfield was influenced by the harder soul of James Brown and Sly and Family Stone. Along with lyricist Barrett Strong, he dragged Motown into the psychedelic era in the late 1960s with songs about race relations and urban decay. continue reading

Papa Was A Rolling Stone: Written by Norman Whitfield and Barrett Strong