Naomi Campbell hit the Fashion for Relief charity runway during the 64th Annual Cannes Film Festival today (May 16) in Cannes, France. The event was organized to raise money for the Japanese Red Cross to aid victims of the recent earthquake and tsunami.

Celebrities in town for the Cannes Film Festival, turned out to support Monday’s event, while a small army of models donated their time, walking in red carpet-ready looks from Lanvin, Jean Paul Gaultier, Sonia Rykiel, Valentino and other top labels. 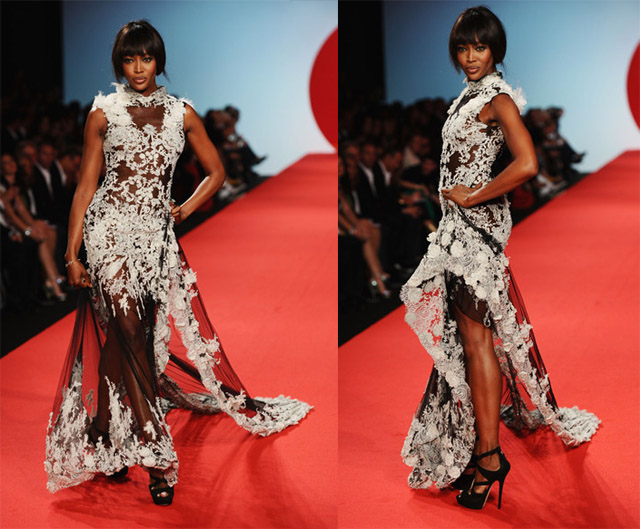 On a side note, while Donald Trump was denouncing his presidential run for 2012, his ex-wife Ivana Trump sat front row at Naomi’s charity event, and hailed her decision to hold the show in Cannes during the 12-day-long film festival as a brilliant choice.

“All the rich people are in town for the festival, people in movies and in fashion, so they can reach into their pockets and give money to help,” she said. 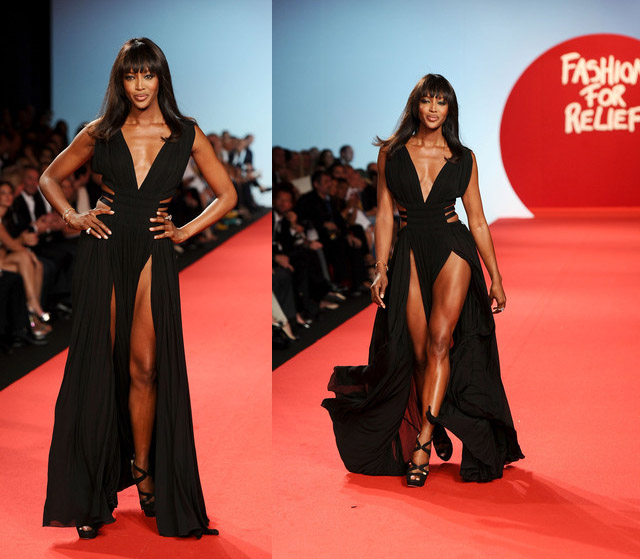