New Study Suggests Your Doctor Just Might Not Care About You

Have you ever wondered why you're in and out so quickly when visiting the doctor's office? A recent study may suggest it's because certain doctor's just don't really care about your health enough to keep you longer than they feel they have to. 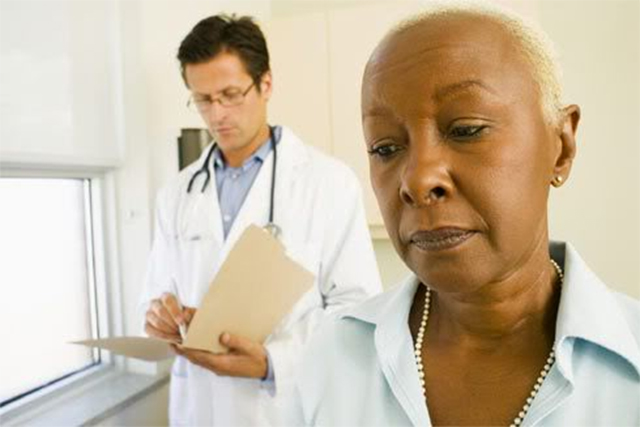 A test given to doctors and nurses showed that at-least 2/3 of them are unconsciously biased against their African American, Hispanic and other minority patients. During the study, which was published in Annals of Family Medicine, more than 130 primary care doctors and nurse practitioners in the Denver, Colorado area took psychological tests that measure implicit bias toward different racial and ethnic groups. The test is called the Implicit Association Test, and it has been used in more than 700 studies in health care, psychology, market research and political science around the world. The speed in which the test is conducted demonstrates the existence and extent of the test taker's unconscious bias.

If the persistence of unconscious bias poses a challenge for physicians struggling to connect with their minority patients, racial segregation appears to present a larger and deadlier quandary that extends well beyond the doctor's office.

Continue to source for more on this study…