Angela Simmons is once again going all the way in for the love of fashion. The Pastries shoe designer has been spotted at several shows and other events held during Mercedes Benz Fashion Week Spring 2013 this past week, sporting some of her most trendiest looks.

Simmons attended the Clos du Bois Beauty Bar at the Empire Hotel Rooftop on Sept. 9, in New York City. For this occasion, she went for an open-top, mid-drift revealing look that has been seen on a number of Spring 2013 designer runways. 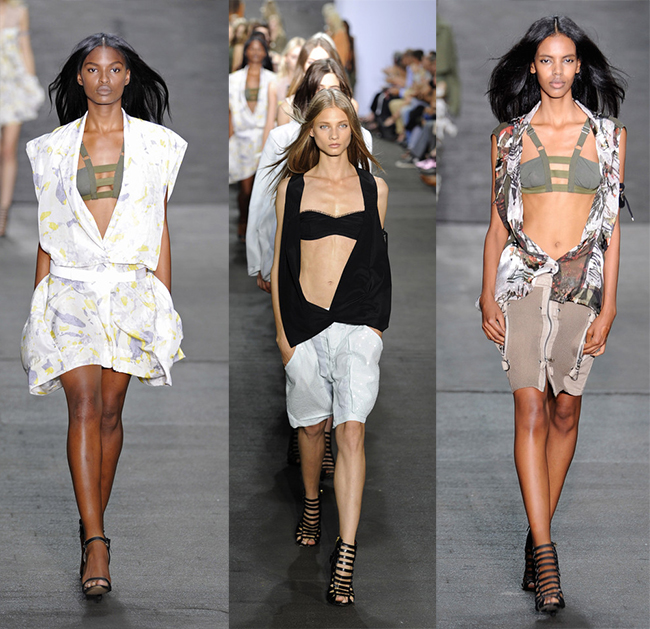 Designers who have presented this look include, Edun (shown above), Norisol Ferrari, Custo Barcelona, and Boy by Band of Outsiders (shown below). 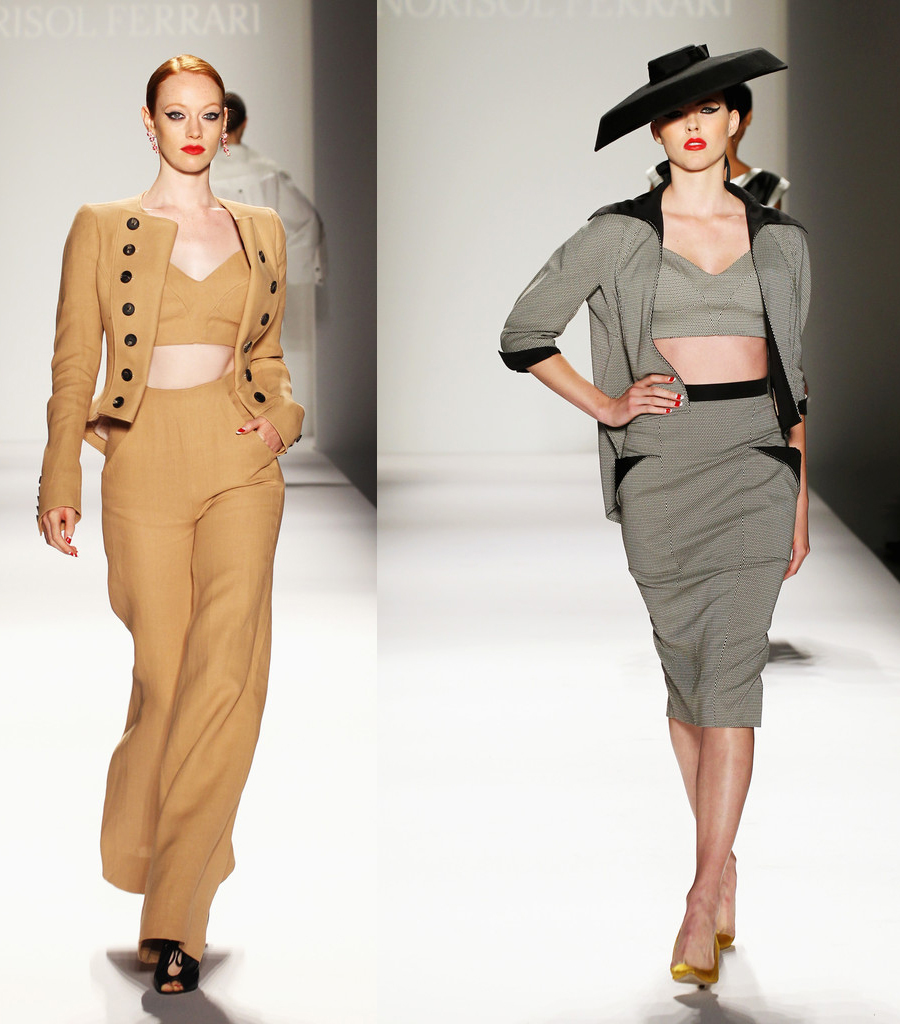 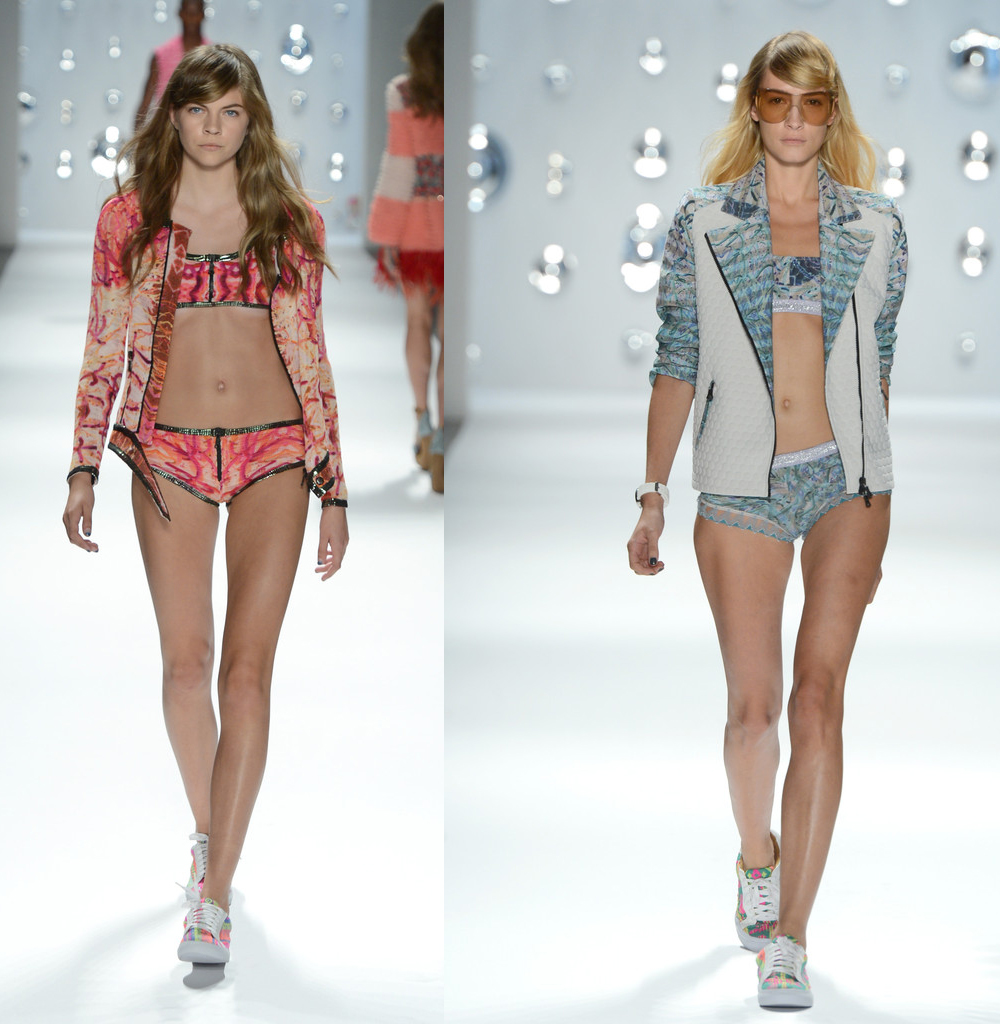 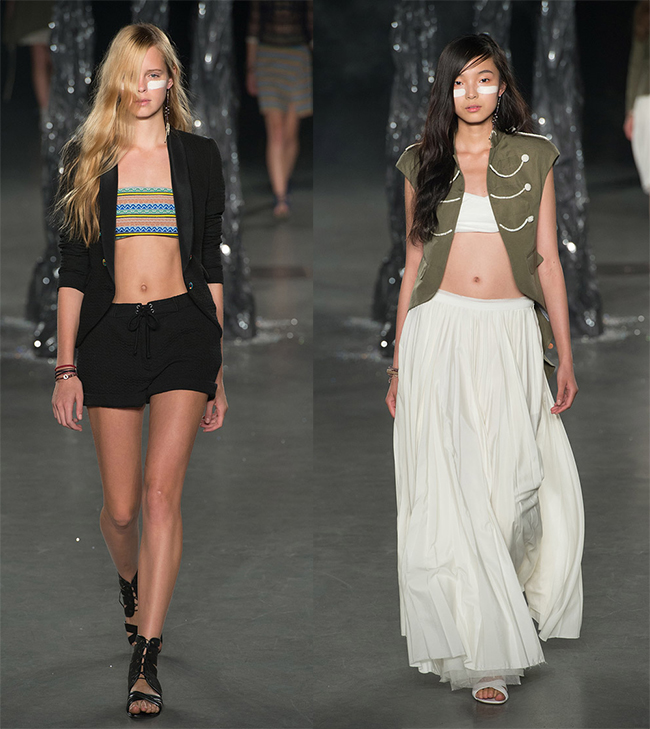