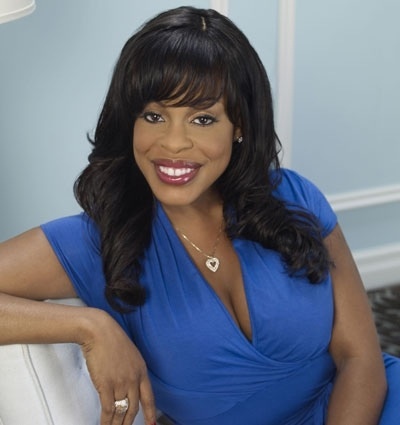 The bold and beautiful actress, Niecy Nash spoke candidly to ESSENCE.com about what all the single ladies need to look for to avoid the boy toys and snag them a GAM (Grown A– Man).

She starts by saying I'm back on the block. After 16 years of marriage, three kids, stretch marks and three years as a divorcee, a diva is single these days and living the single life ain't easy. I've seen many things that have made me scratch my weave. With that said I feel like I need to address this so that the ladies will know how to easily identify a Grown A– Man (GAM) rather than a silly boy. That's what I'm looking to entertain is a good ol' GAM.

Now, ladies, a GAM is brother who has great potential and is handling his business — God-fearing man, pays his bills on time, and at the bare minimum has great credit or is working to have a great credit score.

WHAT'S NOT A GAM

He's not a GAM if he lives in his mama's basement, asks me to finance his career, needs to be issued a restraining order, drops me off to work in my car (something about that ain't right!), aspires to be a rapper at 40, hustles and grinds because he's still just trying make it happen (that's translation for: “I don't have my ish together; can I borrow $5 to get my car out of valet?”), asks me to visit him and come through the back door of his home quietly because he doesn't want to disturb his baby's mama, child and mother, who all live with him (some man really asked me this!) or considers his wife and children a “situation.”

Don't Settle. Some women think they'll take any man because it's better than being alone. Don't believe the hype. Believe that you deserve and want better than average. When you start dating again treat it like you're unemployed, get out there with your resume, put a lil Dark and Lovely in that head, put on a nice outfit (don't forget to Spankx it down to hold everything in) and see if you can land that gig that will suit your skills because a job is not going to just come knocking on your door. The reality is we know when a man isn't right for us because frankly, you don't have to eat the whole side of the cow to know it's beef, all it takes is a bite. So don't get just get caught up in your attraction for a potential mate because once the attraction wears off and his vital parts are no longer working, you'll realize the foundation is fragile. Establish a friendship so even if the beauty fades you'll always have a lifelong friend who you can play Bid Whist with and smile at him every day and say, “I love him, he's my best friend!” So to all the single ladies I'm going to borrow some of the Black men in the greatest quotes from some of the finest brothers: keep hope alive like Jesse Jackson; have a dream like Martin Luther king, Jr.; and when you want to know if you'll ever find the right man believe, “Yes I can!” like your President Obama.