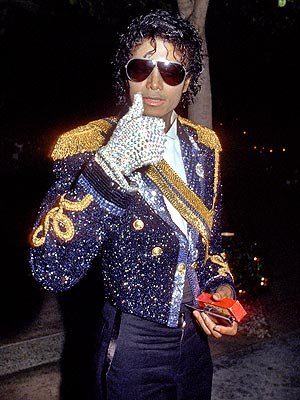 It's a shame that so many people try to make it harder than it already is for Michelle and Barack Obama.  Never in all my days have I witnessed any other President or First Lady become drowned in so much unnecessary media as much as The Obama's.

It's a shame that people can only focus on the negative in life and refuse to see things from more than one perspective.  It's even more shameful when they're your own people.

So many ungrates would rather see a person fall than to help them rise further to the top.

Apparently a few thought it was insensitive that Obama didn't make a formal statement regarding the death of Michael Jackson — which is silly considering he did in fact send condolences in a very timely manner.

“With one thought it starts, you know, and if you sit there and just stay hung up on one negative thought, you will become that thought.” — Quincy Jones

“I'm glad to see that he is being remembered primarily for the great joy that he brought to a lot of people through his extraordinary gifts as an entertainer,” Obama said in an AP interview Thursday.

Obama said he didn't see any controversy in the fact that he did not issue a formal public statement upon Jackson's death, and said he was unaware of any dissatisfaction in the black community with his response.

“I know a lot of people in the black community and I haven't heard that,” Obama said.

The president said he grew up on Jackson's music and “I still have all his stuff on my iPod.”

“I think that Michael Jackson will go down in history as one of our greatest entertainers,” Obama said. “His brilliance as a performance also was paired with a tragic and in many ways, sad personal life.”