The White House posted several images of President Obama and staffers planning and reviewing updates from the military raid that ended in the death of Osama bin Laden.

In one photo, Obama is shown holding a meeting in the Situation Room of the White House, and giving orders to attack. He was dressed down, still wearing golf shoes, according to reports; paired with a Nike Golf jacket.

In another photo, Obama put on his serious face, while listening to the attack on Osama all go down in Pakistan. Osama was taken down at the million dollar mansion where he had been hiding for the last several years. 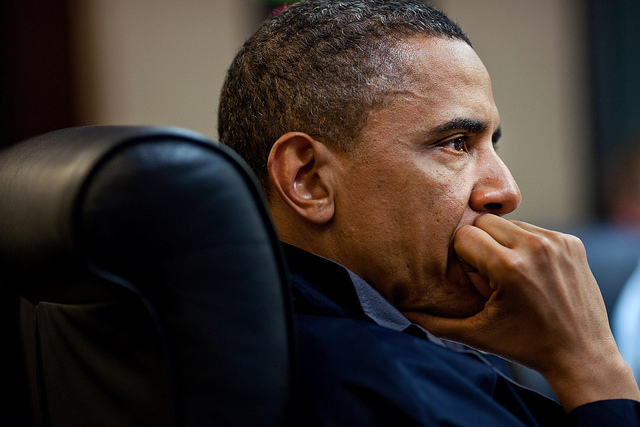