Anxiety levels are extremely high as people anxiously await for Kanye West to present his new women's wear collection during Paris Fashion Week. Yesterday, West was spotted collecting last minute fabrics, which he is said to have dropped $26k on. And today, the official invites for the show have been revealed. 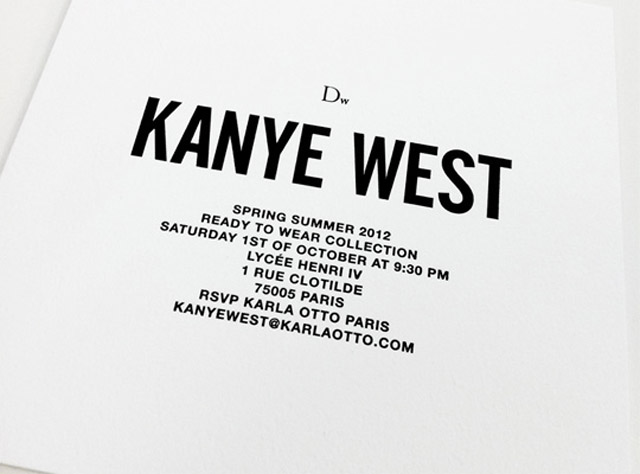 The line was allegedly made in collaboration with Louise Goldin and Riccardo Tisci from Givenchy, and the Dw is speculated to be the initials for his late mother, Donda West. But, that has yet to be confirmed.