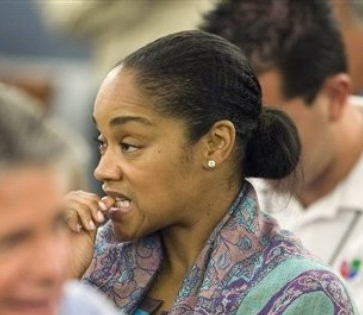 Police were called to the Kendall home of O.J. Simpson after his daughter reportedly knocked him to the ground during a fight over his relationship with girlfriend Christie Prody.

During the argument between Arnealle Simpson, 39, and Prody on Sunday, Simpson came to Prody's defense; the fight reportedly centered on Prody's behavior and drinking.

Told about the report of a fight on Sunday in his home, he told CBS4 Reporter David Sutta, whatever happened was between two women.

Asked if he was beaten up on Sunday, he replied, “Look at me, I look fine.”

As he turned to his residence, he inquired if the day's news was slow.

The Enquirer reports the verbal fight escalated into a physical one when Arnealle Simpson allegedly pushed, or shoved, both O.J. and Prody; the blow knocking her father to the ground. Simpson, 61, reported suffered a minor head injury.

Arnealle Simpson then called 911 but according to the police report hung up before she could say why she was calling. The police report does not mention Simpson's fall or injury.

When police went to the home, Prody and Arnelle admitted to the officers that they had been involved in an argument and according to the police report, Simpson said she “was leaving (the house) in order for things to calm down.”