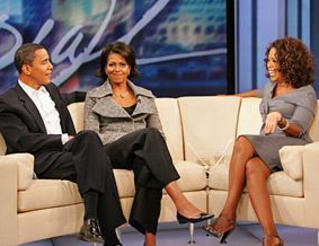 Rather than take a huge pay cut, Oprah has finally decided to call it quits.

According to Variety, local networks are hesitant to pay Harpo license fees for the right to air the aging show after its 2011 deal.

As a result, Eyewitness News has learned that Oprah Winfrey will announce live on “The Oprah Winfrey Show” that she has decided to end her talk show.

NO PAY, NO STAY

Oprah will make the announcement live during Friday's show. The final curtain will drop at the end of the show's 25th season on September 9, 2011.

In a statement, Tim Bennett, the President of Harpo, Inc., said, “We want to thank you for the partnership and friendship we have shared over the years. Your invaluable support has helped us to create the phenomenon of the “Oprah Show” that we've all been so proud to be a part of for the last 24 years.”