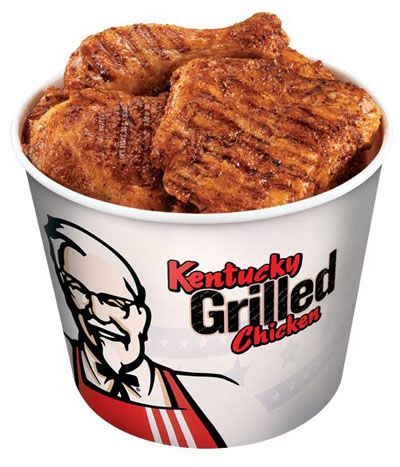 If you haven't heard by now, Oprah is offering free coupon downloads for KFC chicken meals.

I just returned from my lunch break hoping to use the attached coupon to score some free KFC grilled chicken at the mid town location 47 E. 42nd Street. Well I guess around 200 people also had the same idea with coupons in hand.

I went over to our nearest KFC a few minutes ago (this was around 42nd and Park)and chaos ensued. Despite the very visible grilled chicken behind the register, the manager told everyone with coupons to leave and that the promotion was over for the day. The people there are currently holding a sit-in and refusing to leave until they get their free chicken…or the cops are called. Racial epithets were being spewed, people who actually wanted to pay for chicken were facing a potential beatdown, and the manager ran from the screaming horde. Oprah, what have ye wrought?

According to Business Insider:

This stunt is causing a supply chain disruption across the KFC network.

Lots of folks on Twitter are complaining about trouble at their local KFCs as stores can't keep up with the demands of hungry, ravenous Oprah fans.

And in New York there was even a sit-in at a KFC location, reports Gothamist.

Being that this promotion is to last for at-least another week, be prepared for more stories to come.