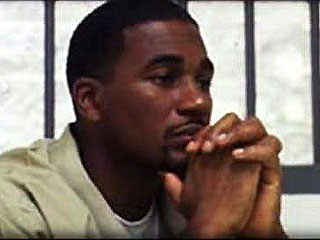 Clarence Aaron sits and waits year after year praying for a second chance to be a model citizen after having the book thrown at him for crimes he never had thoughts to commit.

In reality, Aaron was sentenced to three concurrent life terms in prison for introducing two drug dealers in 1993. He has spent the last 15 years in high-security federal prison and won't never get out unless the president of the United States commutes his sentence.

While only 23 and a junior at Southern University in Baton Rouge, La., Aaron was convicted (without evidence) of conspiracy to distribute 24 kilos of crack cocaine in 1993. He refused to plead guilty and to testify against his co-conspirators. His partners, career drug dealers, flipped on him and testified against him at his trial.

“Aaron was the lowest man on the totem pole and he got the worst sentence,” said David Borden, executive director of Stop the Drug War, a Washington-based group that has pushed for Aaron's release.

On average, Aaron's co-conspirators, career drug dealers who knew better how to work the system, will spend about eight years in prison.

But Clarence Aaron, once a high school and college football player, a church-going member of the Masons, will grow old and die behind bars.