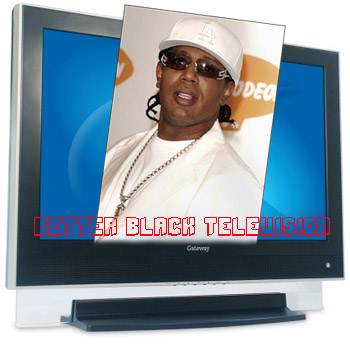 Percy Miller (formerly Master P) announces the launch of Better Black Television (BBTV) a family friendly network that will provide positive content for a black and brown culture that will appeal to all races with a goal to bring people of color a choice when turning on their television. The content on the channel will contain a wide arrangement from health and fitness, animation, financial planning, reality TV, sitcoms, dramas, movies, responsible hip-hop music and videos, politics, sports and entertainment news, educational children's shows as well as teen and family programming. Production has begun and will be based out of California, New York, Louisiana and Florida. In addition, BBTV is in the process of purchasing local cable channel affiliates across the country.

“Better Black Television has been a vision of mine for some years,” said Miller, BBTV's Chairman & CEO. “I've done a lot to promote and change the way messages are relayed to our children and our families over the last few years. Promoting positive content and positive messages is so important to educate and preserve the next generation. Being exposed to positive content is what changed my life. I believe that there is a market in our community for a new diverse network that provides a new brand of superior programming that caters to all aspects of television from reality to original programming. In addition, I'm excited to be able to expose the urban community to a vast array of jobs in the entertainment community that they might not otherwise be privy to. I have a great relationship with BET and MTV and my son and I will continue to do work with them and support their networks. With BBTV, we're spearheading the initiative to meet consumer demand for family friendly hip-hop content.”
The BBTV Advisory Board members consist of some of the most significant entertainers in Hollywood, professional athletes as well as movers and shakers in the community such as Academy Award and Golden Globe winner Denzel Washington; businessman and Academy Award nominee Will Smith; Vault Load Films President, entrepreneur and senior level business executive, Jim Finkl; NAACP Executive Director Vicangelo Bullock; Professional basketball player and businessman Derek Anderson (Charlotte Bobcats); an award winning, 20-year veteran of the cable television and film industry, Professor Sal Martino; businessman, community activist and founding father of hip-hop, DJ Kool Herc; entrepreneur, businessman and animation specialist, Olatokunbo Betiku; and community activist, Board President of Nailah House Foster Family Agency, speaker and teacher at Trump University, real estate mogul Curtis Oakes. source
[mashshare]
Comments
Facebook 3.6KFans
Twitter 0Followers
Youtube 1.5KSubscriber
Menu Title