Pepsi Responds to Footage of Michael Jackson's Hair on Fire 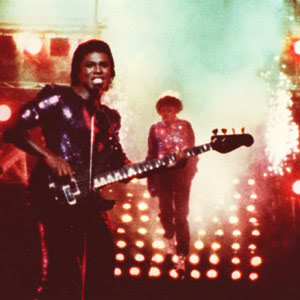 It's quite understandable why Pepsi wouldn't want to recollect the memory of the day Michael Jackson's hair caught on fire while filming an ad for the soft drink in 1984.  It's simply not a good look on their name.

According to Michael during a 1993 interview with Oprah, the company settled with him for a million dollars which he turned around and gave 100% to charity.  Not really a big surprise considering he kept at-least that much hanging around his house as chump change, according to his sister La Toya.

After being contacted by Entertainment Weekly, Pepsi responded to the new footage surfacing after such a long period of time.

“We don't know how the footage became available. Twenty-five years later, we’d question why anyone would want to share such frightening images. It was a terrifying event that we'll never forget.

We were grateful for Michael's recovery and for the chance to continue working with him on a number of successful projects.

As for Michael as an artist, his music helped us define a generation and, like everyone else, we’re deeply saddened by his passing.”