Photoshoot: Snoop Dogg Behind The Scenes of Blast by Colt 45

The controversial Four Loko may be officially off the “retail” market, but the drinks disappearance from store shelves has only made room for other similar drinks to replace it. 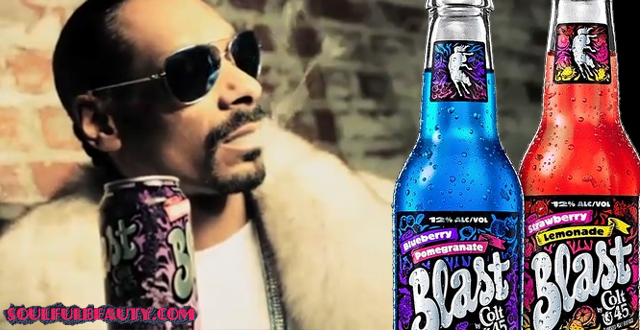 Up next, rapper Snoop Dogg in collaboration with malt liquor giant Colt 45 is “Blast,” a fruit flavored beverage containing 12% alcohol by volume, about twice the level of the original version of Colt 45. According to the WSJ, the company declined to discuss the terms of the deal with the artist but said it will spend millions of dollars on the launch of Blast, including ads in Vibe, a music magazine.

Blast, which will make its debut in stores April 5, or “4-5,” for Colt 45, will be sold in six packs of seven-ounce bottles, as well as in single, 23.5-ounce cans. Flavors include strawberry lemonade and raspberry watermelon, with colors to match. The six-pack of seven-ounce drinks will cost about $7.

Watch Snoop Dogg, along with Estevan Oriol and Rosa Acosta in a behind the scenes photo shoot in preparation for the launch of Blast by Colt 45 in the video below.