President Obama: I've Got 99 Problems and Now Jay-Z Is One

President Obama has all the media attention, there's no question about that. He can never catch a break, not even for the most absurd public conspiracies and assumptions. Many times his words and his actions are taken completely out of context. 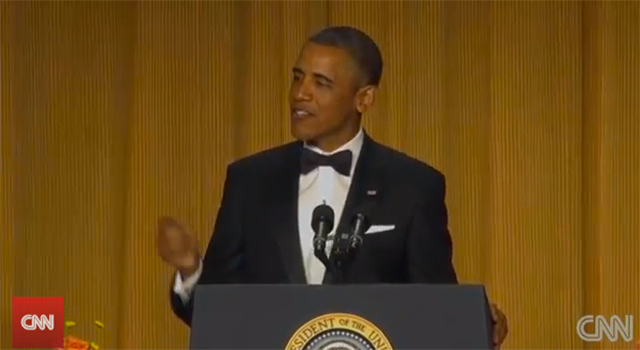 Last night during his speech at the White House Correspondents Dinner, President Obama jokingly addressed some of his issues with the press. But not before brushing his shoulders off by saying: “Rush Limbaugh warned you about this second term, baby. We’re changing things around here a little bit.”

He then addressed the latest controversies, including the many times he made headlines for things such as missing shots at the Easter Egg Roll, saying that Kamala Harris was the best-looking attorney general in the country, and the most ridiculous one being he somehow had involvement in Jay-Z and Beyonce’s controversial and  highly publicized trip to Cuba.

“So, yes, maybe I have lost a step,” he said. “But some things are beyond my control. For example, this whole controversy about Jay-Z going to Cuba — it’s unbelievable. I’ve got 99 problems and now Jay-Z is one…”