Rapper 50-Cent, known for his strong, muscular build has shockingly lost 54 pounds for an upcoming film he wrote called “Things Fall Apart.” In it, he plays a football player stricken with cancer. 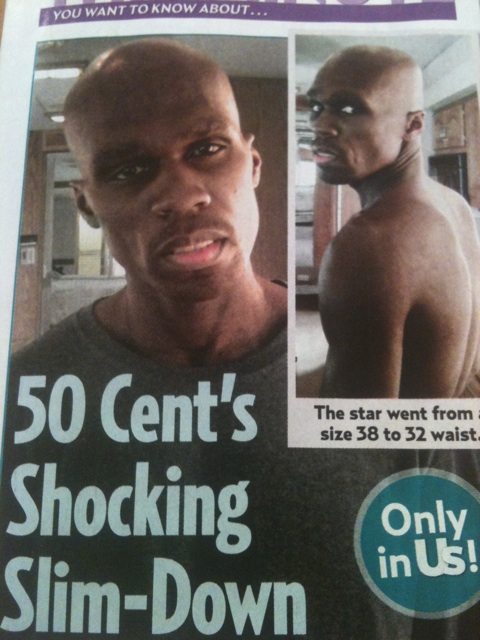 Reports say he lost the weight by going on all liquid diet and taking daily three-hour-a-day walks on a treadmill for nine weeks. “I was starving,” he told Us Weekly. But now that he’s back on tour, he says, “I’ve been eating. I’ll be back in shape in no time!”