You know hip hop has breathed its last breath when artists start naming their albums “I'm Gay,” which is what rapper Lil B says he intends to do. 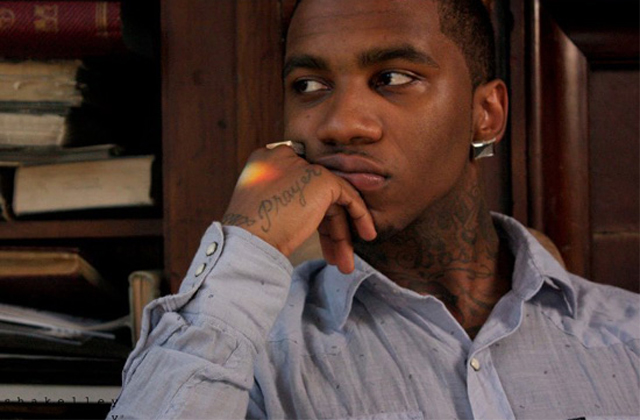 In a most ignorant attempt to show love to the gay and lesbian community (or not), Lil' B announced at this past weekend's Coachella Music Festival that he was about to do what no one has ever done before in hip hop.

“I’m gonna do the most controversial thing in hip-hop. Ya’ll heard it first,” he said during his stage performance. “And I’mma just show you that words don’t mean shit. I’mma make an album called ‘I’m Gay’ right.

“Now I’mma tell you why I’m the first person to do it in hip-hop and why you’re the first people to know my reasons. I’m just gonna tell you. So many people be worried about what people mean and definitions of words and shit…Now I like women, I love women, you feel me. But within yourselves, no matter what you do, it doesn’t matter, it’s like live life. You’ve only got one life to live. Be happy.”

I can just hear it now, with lyrics that go something like: “I'm in this club, I see the ladies looking at me like they wanna make love, but little do they know, I'm gay then a muthaf*c*a… I'm not looking for the drama that comes after sex, best friends is all I wanna be… Understand me, I'm gay… Yahemi… I'm gay… Ya Heard… (Translation: I'm happy or I'm good or I'm gay). WTH?

Anyway, I might be giving Lil' B too much lyrical credit, but the idea is whack either way, and people will surely take his intent out of context, if they haven't already.

XXLMag.com reached out to GLAAD (Gay and Lesbian Alliance Against Defamation) to seek their thoughts on the matter. A spokesperson for the organization disagreed with Lil B and explained:

“As a lyricist, Lil B knows that words matter. Slurs have the power to fuel intolerance. We hope that Lil B’s album title is not just a gimmick, and is really a sincere attempt to be an ally. He has the platform and the voice. We hope he uses it in a positive way.”