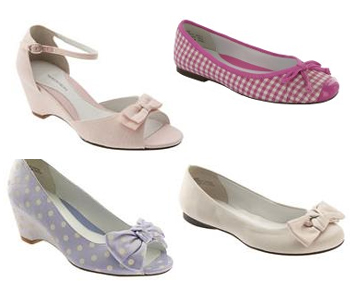 Department-store operator Nordstrom Inc. on Tuesday voluntarily recalled 31,000 pairs of shoes for girls after it found in random testing that the shoes violated new national standards for lead content in children’s products.

The Nordstrom-branded shoes were made in China and are decorated with paint on the outer soles that contains more lead than federal rules allow. Six styles have been recalled: “Clarice-Fab,” “Eva-Fab,” “Fern-Fab,” “Lilly-Fab,” “Rita-Fab” and “Vivi-Fab.” All have the name Nordstrom printed on the insole.

The federal Consumer Product Safety Commission says the Nordstrom brand shoes were sold between September 2006 and February 2009 and sold for $35 to $45.

Consumers are asked to take the shoes away from children and return them to a Nordstrom store.

The Consumer Product Safety Improvement Act, passed last summer, imposed tough standards for lead and chemicals called phthalates in products intended for children age 12 and under. The standards went into effect in February.

Nordstrom said had the shoes tested at labs approved by the commission as part of sampling it does on its own brands.

“We’ve been proactive in ensuring we’re in compliance with the laws that have gone into effect,” said company spokeswoman Julee Kraus.

Though sparked by a spate of toy recalls, the new lead regulations encompass all children’s products, from books to bikes to clothing. source