Red Carpet Launch: Her Game 2 Got Next 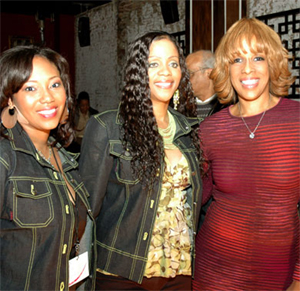 The stars are aligned as Deborah Williams prepares to debut her much anticipated follow-up to the Her Game 2 Collection, and launch Her Game 2 (HG2) into Macy’s.

From New York to Hollywood, Boston to Miami, women everywhere are discovering that the Her Game 2 collection provides a great choice for both sports and active wear. Functional for her buying dollar, these chic designs incorporate sex appeal fused with a high quality reputation.

Affordability and accessibility has Her Game 2, which will be launching in Macy’s the first week of September, gaining significant ground in the fashion world and appealing to women of all shapes and sizes. From the small and petite to the tall and full framed woman, HG2 has pieces to compliment her body frame.

Her Game 2 (hergame2.com) is based in Stamford, CT., and was started in 1996 by Deborah Williams, PhD, and mother of two. She states, “I spent many hours searching for the right looks to express my love of sports. The need to find clothing that was both fashionable and functional for that woman who has a full and active lifestyle led to the conception of the company.”

Since its inception, HG2 has developed quite an industry following with its designer pieces making for great anticipation of this Fall 2008 collection. Over the past few years, Her Game 2 apparel has appeared on television shows such as, “The Parkers”, “The Today Show, “CBS Morning Show”, “Our Lives” and “CB11 Morning Show”. And celebrities such as Alicia Keys, Theresa Weatherspoon, Wendy Williams, and NBA wives across the country have also helped Her Game 2 gain recognition in the fashion world by having designer pieces in their wardrobe.

This Her Game 2 Fall Collection for 2008 will include several variations of denims, jeans and jackets. It also includes new fitted and embellished tees in elegant colors to create the ultimate sports chic. This collection, once again, is inspired for that active lifestyle and will appeal to women of all ages.

All eyes are indeed on Her… Its Her Game 2 www.hergame2.com 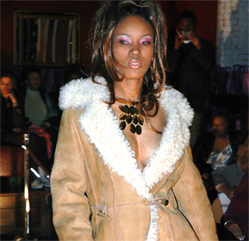 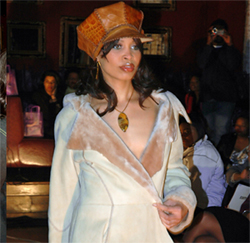