Research Suggests That If A Person Sounds Black Hang Up! 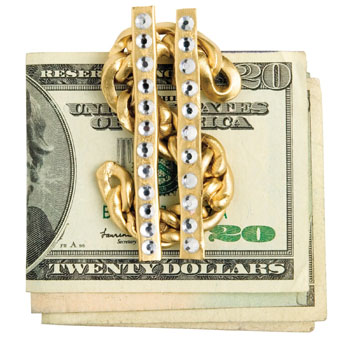 With African Americans being the highest on the unemployment radar registering in at 15%, it's a no-brainer and doesn't take a rocket scientist to realize that there's discrimination between blacks and whites in the work force.

Blacks have been denied jobs over whites since jobs have been jobs on the market.

Jeffrey Grogger at the University of Chicago finds the time to conduct an interesting new research which compares the wages of people who “sound black” to those that don't.

The only thing that bothers me about this is that I honestly don't know what he means when he says “sound black”.  Well actually I do, it means exactly what it sounds like. “Racist”.

But to make the finding balance out between whites and blacks, and not make it seem as if the work force is racist, the study also shows that even whites that don't sound white tend to make less than those that do sound white. Whatever that means, right? Riiiiiiight. 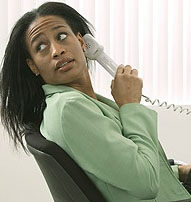 In my opinion, it would have been more appropriate to say that people who don't sound “properly educated” tend to make less than people who do. But all that is crumbled and trashed when Grogger goes on to say that, “Black speakers whose voices were distinctly identified as black by anonymous listeners earn about 10 percent less than whites with similar observable skills. Indistinctly identified blacks earn about 2 percent less than comparable whites.”

So either way, blacks earn less than whites regardless if they're “properly educated” or not is what it sounds like to me.  Nonetheless, education does help.

It also doesn't take a rocket scientist to see that so much is missing from this research.  Such as, where is the job data? What jobs were these people applying for to come up with these analysis? Which apartment complexes (as stated in the report) were turning away “black sounding” callers?

OH, that would be racial discrimination!!! (rolls eyes) a different story?  I understand, it's a sensitive topic to discuss.

I can actually think of a couple places off the top of my head to reference in support of this research:

Please know that there are hundreds if not thousands of other companies that blatantly discriminate against black workers and pay them less than whites. So all in all maybe “sounding black” is the reason? or just simply “being black”?

According to the research, God help you if you're “southern”.

The complete document for this new research study can be found by clicking continue.