Oui, Beyonce’s L’Officiel photo spread has the whole internet buzzing with controversy over whether or not the magazine’s tribute to Fela Kuti is offensive. But, all that aside for a moment, while we zoom in on her shoes and other apparel and accessories.

In the following scene, Beyonce is shown wearing an African turban and sassy African inspired clothing. She paired the look with Gareth Pugh open toe sandal boots from the designers Spring /Summer 2011 collection. 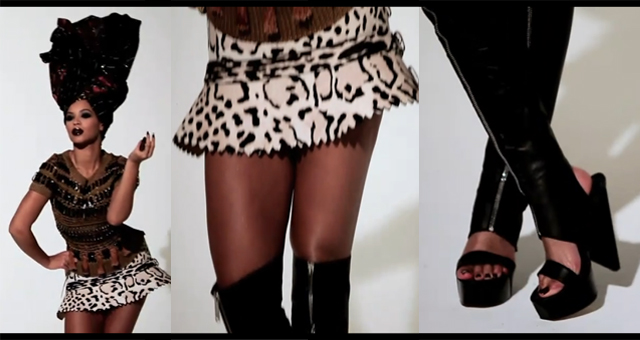 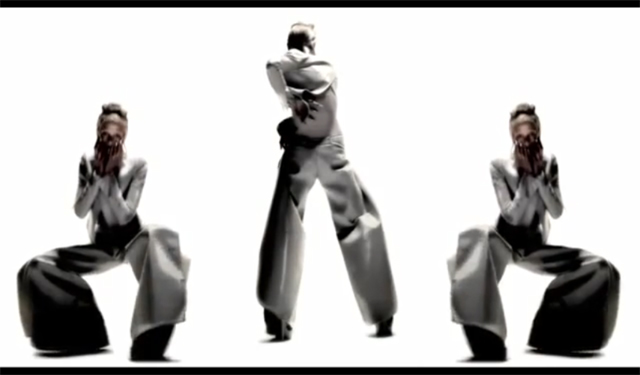 The following is the short film for Gareth Pugh’s Spring /Summer 2011 collection. The film is more than 11 minutes long, but well worth watching if you enjoy being taken away from misery and mesmerized by creativity.

Assuming you watched the film, were you able to get through it all without thinking Chris Brown is not the only one that knows how to dance, or that Beyonce is not the only one that can pose chic like a robot? Whatever was going through your mind, whether you found yourself running from your problems, saying OMG (Oh My God), or WTH (What The Hell), it’s probably safe to snap out of it now, and focus back on Beyonce’s L’Officiel photo shoot.The shoot shows Beyonce posing in a number of African inspired garments. Some of the designers she’s spotted wearing are Nicholas Kirkwood for Rodarte, Christian Louboutin, and Gucci.

Also, for whatever it’s worth, according to L’Officiel, “The idea behind the shoot was to pay homage to the African queens….,” not start a war on the use of blackface, but that’s up to you to decide.