A Brazilian elementary school experienced a Columbine style shooting this morning (April 7). It's not really clear the total number of injuries, but several reports are saying at-least 13 have been confirmed dead and up to 30 injured. 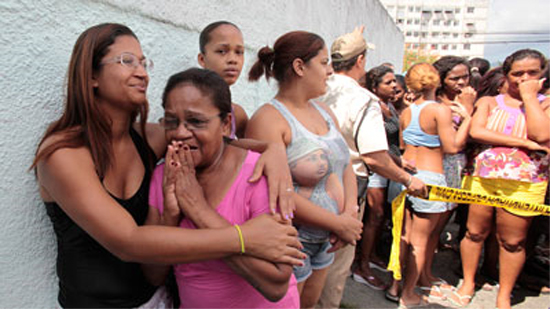 Brazilian authorities say the gunman, a 24-year-old former student of the school, entered the classroom armed with two loaded revolvers and shot at the children (ages 10-14) soon after the morning bell rang.

“He came into the class saying he was going to give a talk … and without saying anything took out a pistol from his bag and started firing,” said one eyewitness.

At this time there is no motive as to why the gunman attacked, but local police commander Djalma Beltrame told Globo TV that he left a letter at the scene indicating he wanted to kill himself.

“It was a premeditated act,” Beltrame said. “He was clearly a hallucinating person.” He also added the attack could have been far worse had a police patrol not driven past the school at the time of the shooting and heard gunfire.