ROLLING EYES: Rapper T.I. Will Only Be Gone for 2 Months 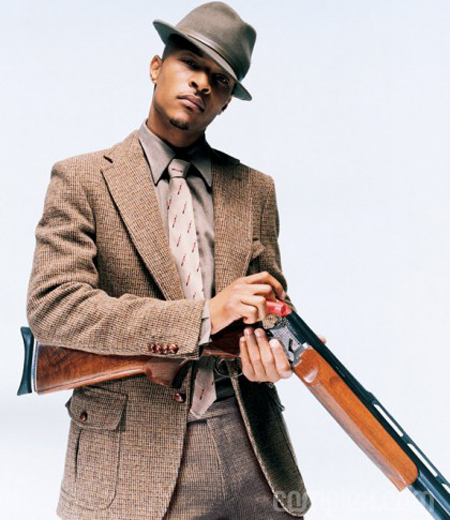 As everyone already knows, Rapper T.I. will be reporting to Arkansas to serve a federal prison sentence. He threw himself a big going away party over the weekend before turning in. The crazy thing is, I believe everyone is under the assumption that he's gonna be gone for at-least a year, but according to the AP he will more than likely only be doing 2 months.

People do more time in their own homes on personal bed rest than that (rolls eyes), so before anyone even notices him gone, he'll be right back in the spotlight taking photos for the paps at more private parties.

T.I., whose real name is Clifford J. Harris Jr., must report to Forrest City's low-security federal prison by noon on May 26, according to court filings. There, Harris will join 1,500 other inmates as he serves a year-and-one-day prison sentence after pleading guilty in March to federal weapons charges in Atlanta.

The rapper, the self-proclaimed “King of the South,” had faced a maximum sentence of 10 years in prison and a $250,000 fine for each charge in his three-count indictment.Harris will be credited for 305 days of home detention he already has served after being charged, so his stay at the Forrest City prison likely will be only two months.

R.D. Weeks, a spokesman for the prison, said Harris likely would be treated like any other prisoner coming into the facility.

Upon his release, Harris will be on probation for three years. He also must pay a $100,000 fine as part of his sentence.