Sanaa Lathan On The Red Carpet of “By the Way, Meet Vera Stark”

Actress Sanaa Lathan put her best foot forward on the red carpet for the Off-Broadway opening night of “By the Way, Meet Vera Stark” after party. The event was held at Trattoria Dopo Teatro on May 9, 2011 in New York City.

Lathan plays the lead character role in the play. She admits that returning to the stage is a challenge, after spending half a year in London playing Maggie in Tennessee William's “Cat on a Hot Tin Roof” with James Earl Jones. However, work outweighed no work at all, she stated. 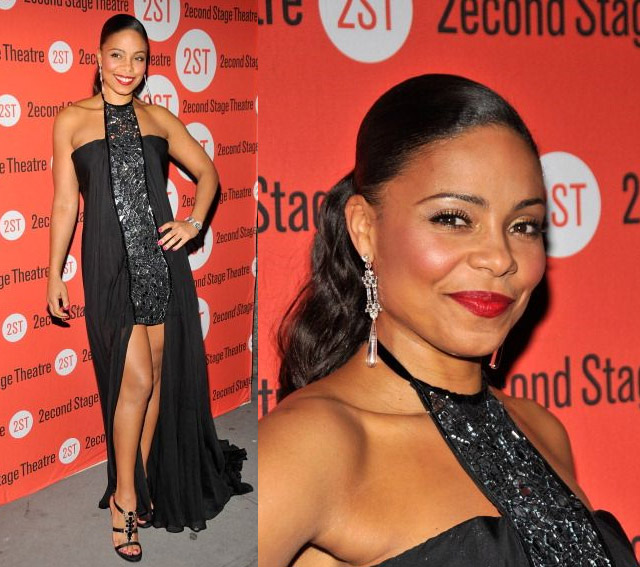 “Am I going to be sitting at home waiting for the next script to come along or am I going to go to New York for four months and challenge myself?”

According to ABC, the new play is a fascinating, and often hysterical, look at stereotypes and racism in Hollywood through the career of a fictional black actress, Vera Stark. The first half explores her frustration playing servants in films in the 1930s and the second act flashes forward to debate her pioneering – and yet controversial – legacy. Was she a trailblazer who helped pave the way for today's black superstars or did she do more harm than good by taking embarrassing parts?

“I've been in this business for 17 years now and me and my friends are dealing with many of the same issues – not to that degree obviously,” says Lathan. “We have more options. And yet there is a disparity between what black actors get and white actors. There's still progress to be made.” (read more)