It’s been said that during ancient Egyptian times, a natural beauty (no eye makeup) was a dangerous beauty to both herself and the community! Without makeup, the eye was unprotected and vulnerable to the “Evil Eye.”

Created by Cleopatra VII, eye makeup was worn for its magical and medicinal properties, because of the lead-based substances and two main ingredients (malachite and galena) found in green and black eye makeup. Cleopatra came up with the nam 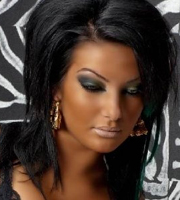 e “palette” as it derives from the word “protect.”

For years, modern scientists dismissed any possibility that eye makeup could be healing, knowing that lead-based substances can be quite toxic. But in today’s world, Science Daily reports that scientists in France are confirming that the alluring eye makeup was in fact used to help protect and/or treat eye disease by doubling as an infection-fighter. 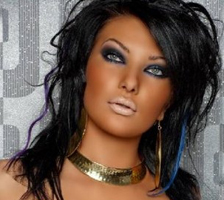 In earlier research, the scientists analyzed 52 samples from ancient Egyptian makeup containers preserved in the Louvre museum in Paris. They identified four different lead-based substances in the makeup.

In the new study, they found that the substances boosted production of nitric oxide by up to 240 per cent in cultured human skin cells. Modern scientists recognize nitric oxide as a key signaling agent in the body. Its roles include revving-up the immune system to help fight disease. Eye infections caused by bacteria can be a serious problem in tropical marshy areas such as the Nile area during floods, the scientists note. Therefore, the ancient Egyptians may have deliberately used these lead-based cosmetics to help prevent or treat eye disease, the researchers suggest, noting that two of the compounds do not occur naturally and must have been synthesized by ancient Egyptian “chemists.”

Their findings are scheduled for the Jan. 15, 2010 issue of the American Chemical Society (ACS) journal Analytical Chemistry.