Self-Proclaimed Superhero 'Phoenix Jones' To The Rescue in Seattle

A self-proclaimed superhero, who goes by the name of Phoenix Jones, found himself in a Seattle courtroom today (Oct. 13), after attempting to break up a fight using pepper spray, which several witnesses insist never existed. 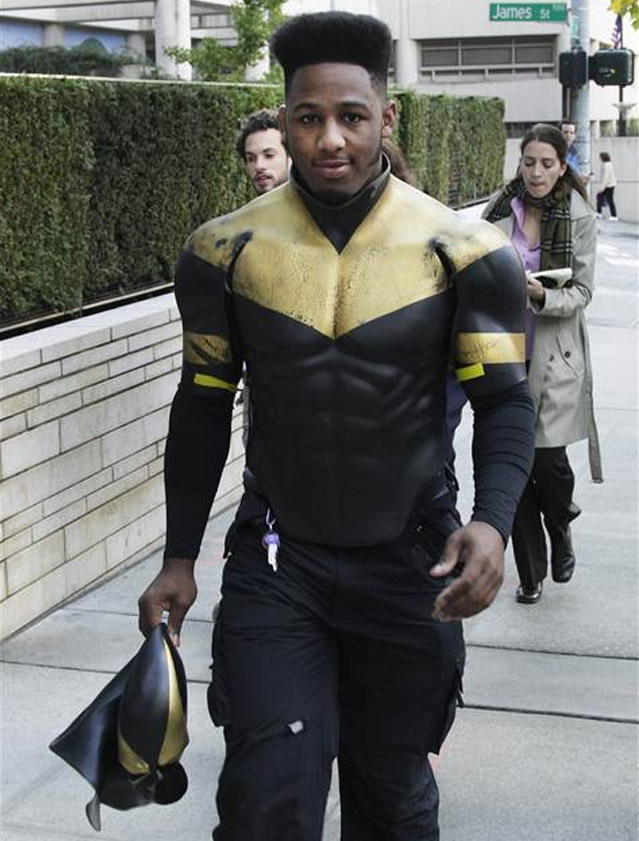 Jones, whose real name is Benjamin John Francis Fodor arrived for court dressed down in his superhero gear and mask, where prosecutors said they hadn't yet decide whether to file charges against him.

While speaking with reporters outside the courtroom, Jones said he's a father and a brother, and just like anyone else in Seattle. “I decided to make a difference and stop crime in my neighborhood.”