Tennis star Serena Williams looked amazing for the unveiling of her 2012 Australian Open dress at Federation Square on January 12, 2012 in Melbourne, Australia. My first thought when my eyes nested on the deep blue dress she’s seen posing in was — that would make one hell of a Nike ad campaign. 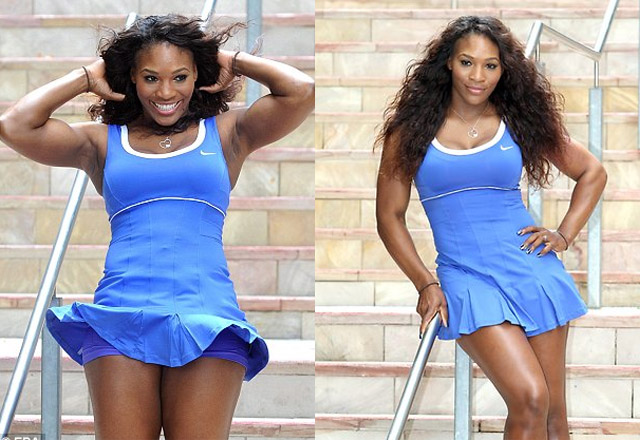 According to The Daily Telegraph, the custom made dress was inspired by one of Williams’ favorites, a gladiator-style dress from 2004. She said she worked hard to fit into the dress and credited constant laughter with sculpting her six-pack. 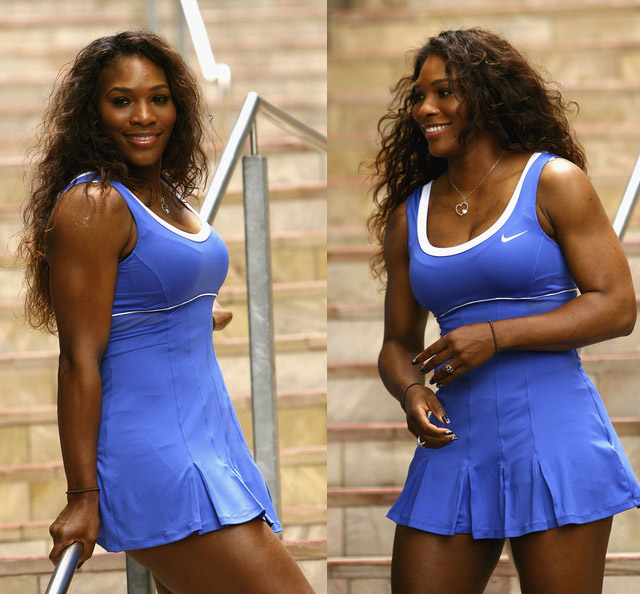 It wasn’t only the dress and how Serena fit it so well that could be admired for this occasion. Her soft, naturally curly, wet and wavy, Indian Remy hair drew just as much attention. The quality and freshness of her tracks would make anyone want a brand new weave. Wouldn’t you agree?