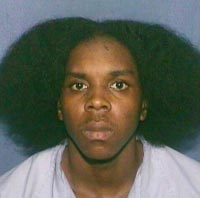 The man police have called a suspect in the murder of actress Jennifer Hudson's family finds out Monday whether he'll remain in prison for violating his parole or go free while investigators continue to investigate the triple slaying.

According to The Chicago Tribune, William Balfour acknowledged being at the Hudson's Englewood home on the morning that the actress' mother, Darnell Donerson, and her brother, Jason Hudson, were gunned down inside the house, law enforcement sources said. Julia Hudson's son, Julian, was abducted from the home and his body discovered three days later, shot twice in the head and slumped in the back of Jason Hudson's Chevy Suburban on a West Side street.

Balfour's current girlfriend also told police that he told her he had been involved in the killings of Donerson and Hudson, sources said.

William Balfour, 27, was on parole for a 1999 attempted murder conviction when linked to the Oct. 24 murders of his estranged wife's brother, mother and 7-year-old son. He has not been charged in the case, but his parole was revoked and he was returned to prison after 48 hours of questioning by Chicago detectives.

Balfour, who is married to the Oscar-winning actress' sister, Julia Hudson, has been held at Stateville Correctional Center on the outskirts of Joliet since Oct. 26.

Monday at 9 a.m. he will have a hearing at Stateville before the Illinois Prisoner Review Board, which will determine whether evidence in the case constitutes a violation of Balfour's parole for the 1999 conviction, state officials said.

A state investigator will present evidence to the board at the preliminary hearing, which Balfour will have a chance to rebut before a decision is made, said Kenneth Tupy, attorney for the review board. If the board finds probable cause to believe Balfour has committed a crime, or violated his parole in some other manner, he'll be held for further hearings.

If the board finds that Balfour has not violated his parole, he could be set free Monday.