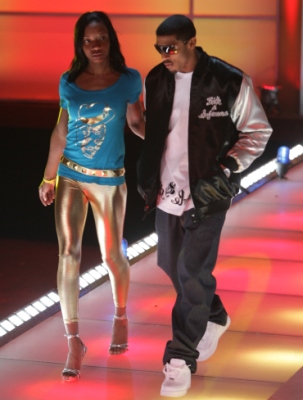 West Coast rapper Snoop Dogg has added another clothing venture to his name by announcing the launch of Rich & Infamous.

According to Variety, the fashion label, targeted towards men 18 to 35, will follow-up his popular Snoop Dogg Clothing line and offer streetwear inspired by high profile and successful businessmen throughout history including Jimi Hendrix, Dean Martin, Muhammad Ali, Albert Einstein and others.

“[It’s] a fraternity of sorts—from presidents to gangsters—who’ve been able to endure the burden of gaining wealth at any cost,” Snoop told Variety. “Garnering equal parts admiration and disdain, these men savor the fruits and relish the spotlight.”

Snoop plans on promoting the brand through product placement in all of his different ventures including films, music videos, CD packaging, fashion shows on his upcoming world tour, his Web series, iTunes and on his reality show “Snoop Dogg’s Father Hood.”

In addition to the rapper’s own business savvy within big time ventures, Snoop has teamed with the Robert Thorne Co. who will extend the line into accessories, grooming and home products in the future. Company CEO Robert Thorne emphasized why the rapper was a perfect candidate to make a deal with.

“The Rich & Infamous brand is sculpted from Snoop Dogg’s trend-savvy classic vision,” he told Variety. “Big stars usually don’t spend a lot of time promoting the brand. This is no longer ‘I’m going to make a few extra bucks.’ Now it’s about ‘How am I going to make this about who I am and make this last a decade or two or more?’”

The company is currently negotiating with various retailers to launch the venture in their stores.