According to the results, Los Angeles wins in the most sex category. Trojan's annual “sex census,” indicates that people in Los Angeles are having sex on average, 135 times per year. However, Philadelphia has the highest levels of sexual satisfaction, with 82% of people saying they are sexually fulfilled. Just 75% of Angelenos said the same. 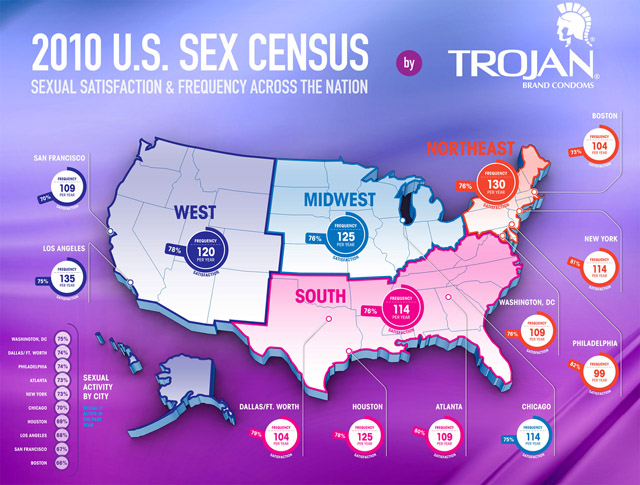 Northeasterners are also the safest, with 43% saying they use a condom during sex. The average American (18 and over) has sex 120 times a year (2.3 times per week).