Telectroscopic Vision From NYC to London

Hardly anyone knows that a secret tunnel runs deep beneath the Atlantic Ocean. In May 2008, more than a century after it was begun, the tunnel has finally been completed. An extraordinary optical device called a Telectroscope has been installed at both ends which miraculously allows people to see right through the Earth from London to New York
and vice versa. The Telectroscope 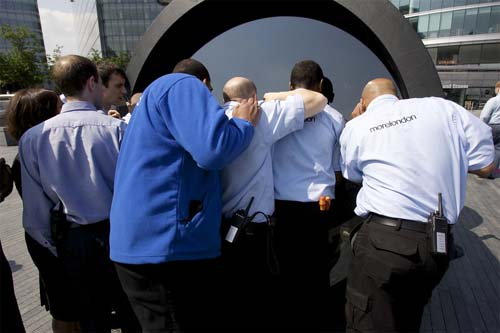