New York Times bestselling author Terry McMillan was one of many African American businesswomen who attended the 100 Black Men of America's 25th annual convention, held at the Marriott Marquis in San Francisco this weekend.

According to Rolling Out magazine, at some point McMillan must have been asked what she thought about reality television, and Rihanna's risque sexual image that's plaguing the young girls that look up to her. McMillan tried her best to respond, but got choked up in an abundance of laughter from being dumbfounded on finding the right choice of words. 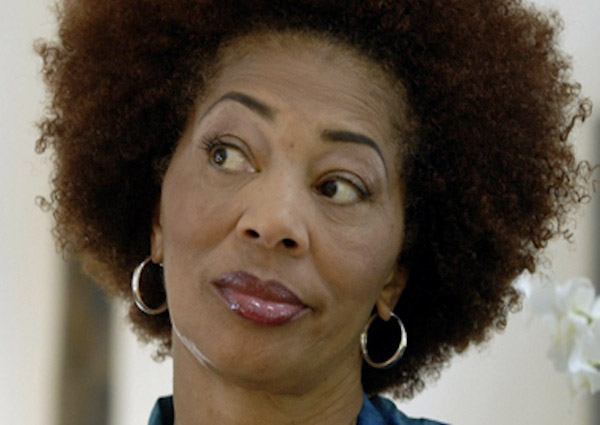 “I don’t watch reality TV,” said McMillan. “They think the only way to make it is through popularity and acceptance. And by doing that, a lot of them are going overboard. I don’t mean to knock a sister, but, when it comes to Rihanna, this girl is like …” McMillan pauses, trying to spit out the words that seem stuck in the back of her throat.
“I don’t understand how far some of us are willing to go to get attention and to …” McMillan’s voice trails off and, after a long pregnant pause, she repeats, “and get attention,” she said to uproarious laughter.
[mashshare]
Comments
Facebook 3.6KFans
Twitter 0Followers
Youtube 1.5KSubscriber
Menu Title