The Bay Wives, a brand new reality television web series originating out of the San Francisco Bay Area is on the rise. The show started off a little questionable in the beginning, because it didn't seem to have a direction. But, after watching several episodes, it seems to be shaping up quite well into programming that's worth watching. 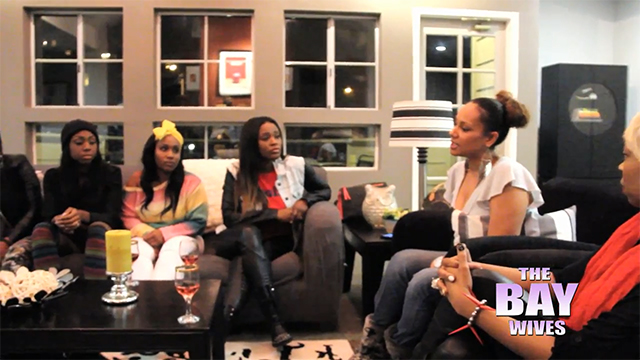 Unlike many of the “wives” of reality tv, The Bay Wives is not celebrity driven. Directed by FlacCity Paparazzi, each episode of The Bay Wives touches on a topic that not only The Bay Wives themselves experience in their normal, everyday lives, but an experience that much of the women and couples of the world can relate to. As mentioned previously, what makes these episodes much more interesting are the commercials, which line themselves with the shows topic.

Episode 3 of The Bay Wives was all about AIDS awareness. The latest episode titled “Truth Hurts,” the ladies Chirstian, KiKi The Stylist, Mia, Martha, Paisly, Tati, Erica, and Alexia speak on issues of domestic violence and how it effects the entire family. Watch the full episode 4 below.