The Jackson Family Ready to Rip The Runways 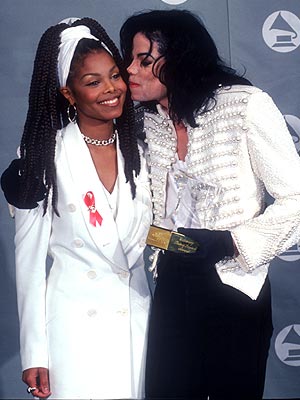 It has been officially confirmed that Michael Jackson will definitely be launching his new clothing line with the help of Ed Hardy designer Christian Audigier, and he is not alone.  His sister, Janet Jackson will be launching her very own line of lingerie as well.

Who would have ever thought “The Jackson's” would be into fashion?  I can just imagine the future fashion trends of the younger generations will be instead of sagging pants, flooding pants and a hot pair of glitter gloves and a bow tie.  Damn, I hope not quite like that.

Michael Jackson's collection will sell at Hollywood celebrity fashion haunt, Kitson. Owner Fraser Ross explained his decision to stock the range, 'Michael Jackson is an international pop icon who has had a huge following throughout his career. I think people will think it’s hip to wear his line. Through all his ups and downs people still love him.'

Janet Jackson made her announcement at the Versace menswear show on Saturday during Milan Fashion Week in Italy.

And while she remained coy about specific details, she did tell reporters: “I'm working on it.”

The underwear line is due to hit stores later this year.

Let's see just what these two are up to.