Recent news coverage of a white bank robber in Ohio, who used a “hyper-realistic” mask manufactured by a small Van Nuys company to disguise himself as a black man, prompting police there to mistakenly arrest an African American for the crimes, has pumped up the demand for the masks, which run from $600 to $1200. 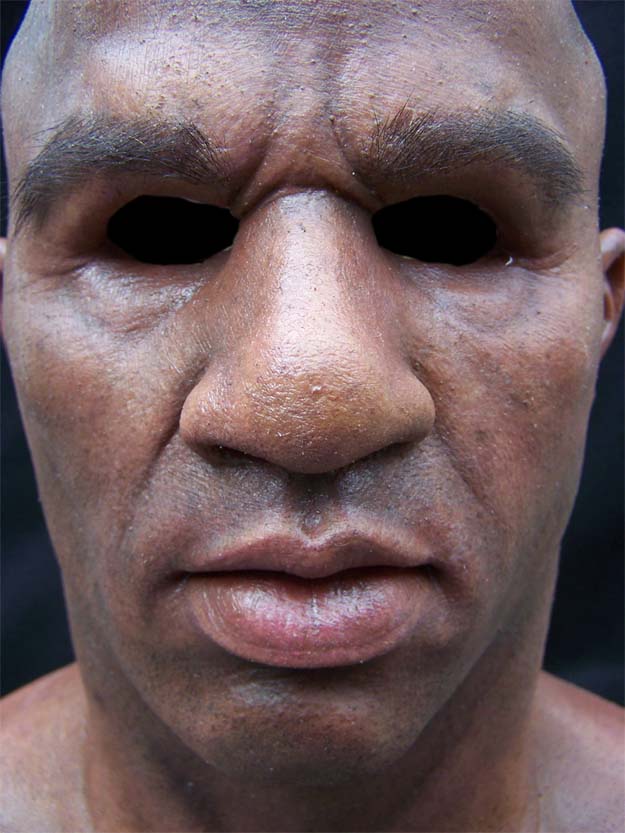 According to the makers SPFXMasks, “The Player,” is the first realistic silicone African American mask on the market. The mask brings to mind characters played by Ving Raimes and Samual L. Jackson. Using all-new painting techniques used by top Hollywood Special Effects artists, Rusty Slusser has upped the anty in the world of realistic silicone masks. Matching african-american hands are sold seperately. 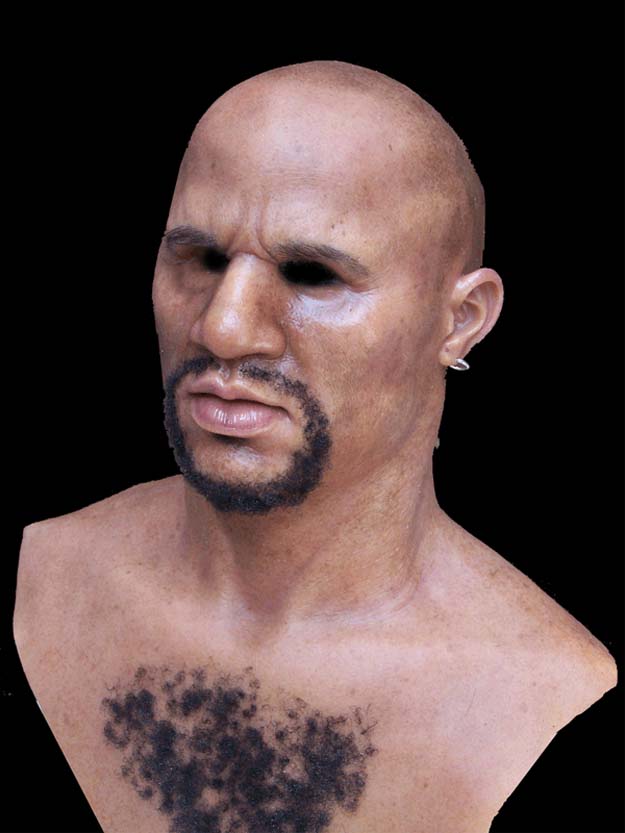 Other incidents of people wearing these in-demand masks include a 20-year-old Chinese man who wanted asylum in Canada and used one of the same company's masks to transform himself into an elderly white man and slip past airport security in Hong Kong.

Authorities are even starting to think that the so-called Geezer Bandit, a Southern California bank robber believed for months to be an old man, might actually be a younger guy wearing one of the disguises made by the same company.