Turning The Tables: Women Beating on Men on The Rise 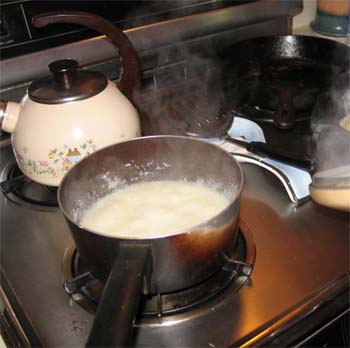 So today is Chris Brown and Rihanna's day in court.  And while the world awaits to hear the outcome of the two celebrity kids and their domestic problems — they are far from the only one's having similar issues.

Not that it's good to hear that domestic partners are being abused, but it's a change to hear that women are the one's beating on men instead the other way around. The problem is that — who's ever going to believe it?

Despite the fact that most people believe that it's impossible for a woman to physically abuse a man — according to an ABC news report — there has been a startling increase in the number of women who are the perpetrators of domestic violence.

Co-director of Men's Rights Agency Sue Price says that battered men usually hide in shame, fearful of being ridiculed, or even prosecuted.

“I've had SAS soldiers in tears because the wife is a black belt karate expert and yet they know that if they even try to restrain her he might be charged with assault and domestic violence,” she said.

“It's much harder for a man to actually admit that his wife is beating him up. They seem to regard it as a shameful issue and a lot of police actually say to men 'What did you do to make your wife hit you?' or 'Can't you handle your missus?'

“Those are things that seem shameful if a man can't keep his relationship on an even keel. They take it to heart very seriously and for a lot of them, the last thought is for them to call the police to have their wives arrested, because after all she's the mother of their children.”

Ms Price says it is a well-known fact that many abusive women resort to using weapons, or wait to catch their spouse unawares before they attack.

“We have so many reports of people having hot liquids poured over them in bed, glasses broken, men hit over the head from the back, attacked while they're asleep, cut, burnt,” she said.

Despite the many domestic violence support services available to women victims, Ms Price says there is almost no practical and legal outreach for men.