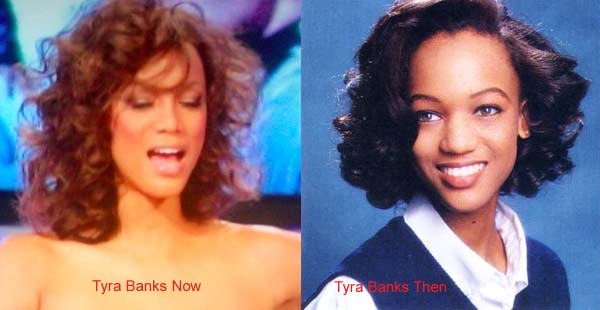 As you can see, Tyra Banks DOES have hair. And it looks like it has grown since she was in high school – so the wigs and weaves are not so bad afterall if your hair is being cared for properly. It also shows that many women wear weaves as a personal preference! That is all. 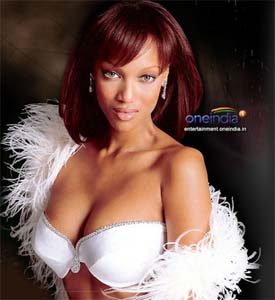 For those that may not be aware, Tyra Banks has declared September 8th “National Real Hair Day” on her talk show.

“This season on The Tyra Show we’re taking it to the next level and getting more real than ever before by encouraging women everywhere to own and rock what they’ve got and be proud! For the Season 5 premiere, I will be doing just that – no fake hair, I’m rocking my REAL hair. This will all be going down on September 8, 2009, which we’re declaring National Real Hair Day! We welcome everyone to go natural with me!”

In an interview with Entertainment Tonight, Tyra says, “I’ve shown myself with no makeup, cellulite on my butt, untouched photos, but I haven’t shown my hair. It’s a mystery. People are, ‘Does she have any hair?”

Tyra hopes to inspire many young women who constantly say they want to look like her by showing them what she really looks like. She says, “I think my hair looks like what they really look like. You know? My hair is not all down here and flowing. It’s just pretty normal.”

If people are wondering if Tyra actually has hair, they may be surprised to learn that, yes she really does. I’ve managed to dig up a few photos of her wearing her own tresses before she began modeling. As much as she wanted it to be a surprise, she should have known that there had to be some pictures of her without weave floating around the web somewhere.

At any rate, it should be interesting to see what years of wearing hair extensions and wigs has done to the health of her real hair. 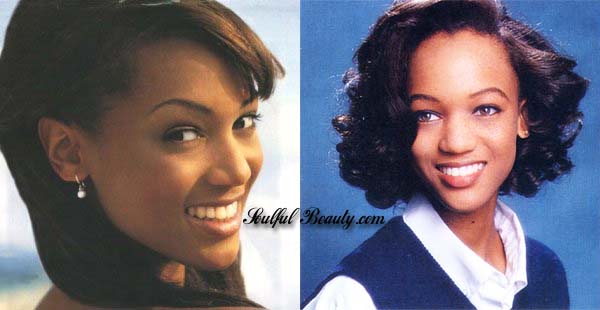