For the April issue of JET magazine, actor Tyrese Gibson explains how his love for the social networking site Twitter runs deep, and how the platform has ultimately become a spiritual pulpit for him to share his personal experiences with his fans.

“I look at Twitter as all of my followers are in my congregation. I can make ‘em laugh, I can make ‘em think, I can post Twitpics and images to show them what blessings are,” he said. 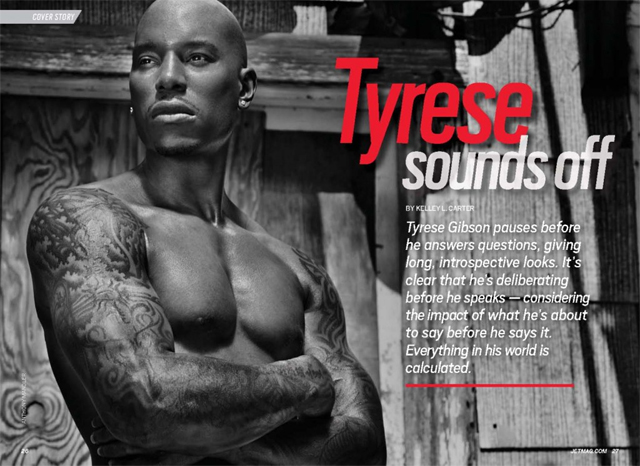 Following the strong response from alleged fans of his Twitter advice, Gibson set up a voice mail line where fans could listen to his words of wisdom and personal stories. And once Gibson, who’d eventually recorded over 700 messages, saw the power in his own words, he came up with the idea to transform his personal messages into the self-help book, How To Get Out of Your Own Way, which will be released in April.

The flip side to all of this is that, while Tyrese feels his words are reaching the masses in the most positive ways, not everyone is feeling him; some even believe he's phonier than a two-dollar bill (moi?), and a few have added him to their twitter loser list.

“Ever meet a person who thinks he's as deep as the ocean but in reality has about as much depth as a wad of gum? Meet Tyrese's timeline. He's only trying to help, but many of us would rather help ourselves to a fortune cookie than to any of his tweets, (theroot.com).”