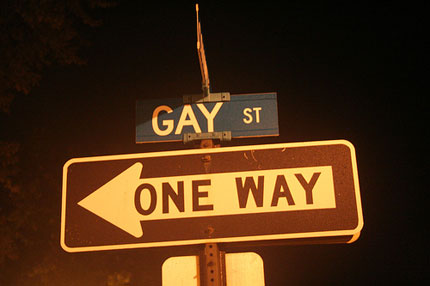 I always knew that some people had hard times coming to terms with their homosexuality and could possibly benefit from therapy sessions, but I never knew science was paying this much attention.

A sixth of British therapists said they had tried to help gay, bisexual and lesbian patients become heterosexual, even though evidence suggests such therapies can be harmful, according to a survey released on Thursday.

Michael King of University College London, who published his findings in the journal BMC Pyschiatry, said the number of therapists who said they had tried to help a person change their sexual orientation was surprising.

“There is very little evidence to show that attempting to treat a person's homosexual feelings is effective and in fact it can actually be harmful,” King said in a telephone interview. Such an approach could provoke greater anxiety and confusion.

Treating homosexuality as a mental illness was more common in the United States and Britain during the 1970s and 1980s, when so-called “aversion” therapy was in vogue, he added.

These treatments involved tactics such as pairing homosexual imagery with electric shocks to induce feelings of revulsion, King said.

“There was a huge fashion for these treatments in the 1970s and 80s,” he said. “Now we are talking more about helping patients control their thoughts, to reduce their homosexual feelings.”

King's study showed that some therapists now use more subtle strategies aimed at getting patients to “control” their homosexual feelings, and eventually change their sexual orientation.