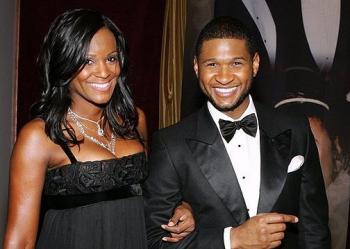 A Brazilian hospital treating the wife of US R&B singer Usher for serious health complications arising from plastic surgery refused Tuesday to comment on her health.

“The family has demanded total privacy. The hospital is barred from giving any information,” a spokeswoman for the Sirio-Libanes Hospital in Sao Paulo told AFP.

She confirmed that Tameka Foster, the 37-year-old wife of Usher and mother of their two children, had been admitted to the facility, considered the top hospital in Brazil.

Usher, 30, has canceled concerts in the United States and rushed to Brazil to be with his wife.

His publicist, Simone Smalls, released a statement to media in the United States on Monday saying Foster was “in stable condition after suffering complications from routine surgery in Brazil.”

The Brazilian news website G1 reported that Foster was rushed to the Sirio-Libanes Hospital's intensive care unit last Friday after a medical emergency during a liposuction operation.

She had suffered cardiac and respiratory arrest as she was being anesthetized for the cosmetic surgery, it said.

Foster had reportedly been put into an induced coma for 24 hours and was now recovering.

G1 reported that a US neuro-surgeon from the Cedars-Sinai Medical Center in Los Angeles, Gabriel Hunt, was handling her case. He left the Sao Paulo hospital late Monday without giving comment.

LIPOSUCTION:
Liposuction is defined as the removal of fat from deposits beneath the skin using a hollow stainless steel tube (called a cannula) with the assistance of a powerful vacuum. Liposuction can be accomplished either with the use of general anesthesia, or with heavy IV sedation, or totally by local anesthesia. This web site considers both the benefits and the potential dangers of local anesthesia and of systemic anesthesi