When I first saw Rihanna’s Vogue Italy September, 2009 photoshoot I knew something was wrong with it, but I just couldn’t figure out what. A few people compared her look to Grace Jones and some even went as far as to question whether or not she was posing in blackface. Whatever the case, I wasn’t impressed with the shoot nor compelled to post on it until now. 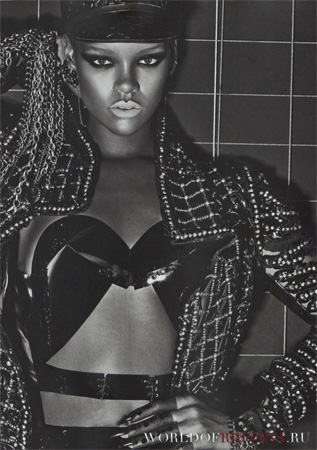 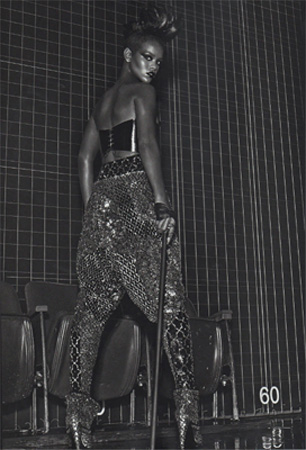 The October, 2009 issue of Vogue Italia features supermodel Lara Stone in what is obvious a full blackface spread. 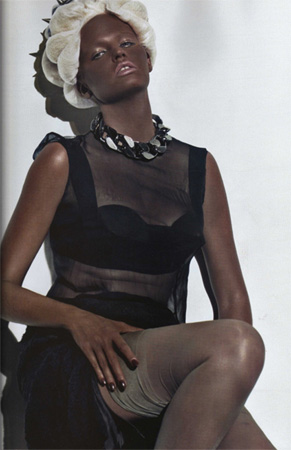 Blackface: A style of theatrical makeup that originated in the United States, used to take on the appearance of certain archetypes of American racism, especially those of the “happy-go-lucky darky on the plantation” or the “dandified coon.”

I’ve always speculated the sincerity of Vogue Italia’s “All Black” issue and still do. I guess you can just say I’m one that’s not easily convinced people can have a change of heart over night no matter what may have came over them :-/ I’m just saying…. if black women are so beautiful to you, why not just feature more of them rather than painting the faces of others to appear as the black queens they will never be?