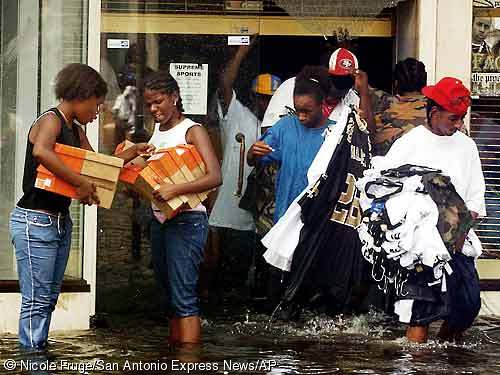 Thieves who may have been related and apparently had dirty hair, walked into Longs Drug store on West Napa Street around 3:55 p.m. on Tuesday and went straight to a display of high-end hair products, including shampoo and conditioner.

While a male juvenile who appeared to be about 14, acted as a sentry and three female adults, probably in their 30s, also stood guard, a male, about 30, packed up 111 bottles of hair products. One of the women then helped herself to some cologne and perfume which she stuffed into a black bag. The quintet then walked blithely past the checkout stands for the front door, where one of the women brazenly opened the soda machine, took out a Coke, and all five departed.

Amazingly, no store personnel seemed to notice the theft taking place. It wasn't until someone noticed the product display was oddly empty that store personnel contacted police, who reviewed surveillance tapes that plainly revealed the heist.

The wholesale value of the stolen products, a store employee told police, was about $1,600. The retail value was roughly twice that.

Police suspect the shampoo may be fenced to unscrupulous purveyors of stolen products. They are keeping their eyes out for suspects with unusually clean hair with extra body and special luster.